truth is facebook has less utility than an a sorted categorized contact list. Google Buzz does it well and you can simply buzz to family, friends or colleagues

Posted by David Jones at 2:12 PM No comments:

will "green" or "games" drive internet of things?

A perfect companion for Made to Stick by Chip Heath is this post. Focussing on "transitions", "wow moments" and "endings" the post communicates the weaving of a story that embeds deeper in the user's emotional level than just clicking stuff. Made to Stick!

I don't agree with one of the commenters complaining about eBay - yes its an ugly 1.0 site but:

It also reminds me how ever since mint.com - everyone seems to be building green sites - meh.

The emergence of game culture in other ecosystems (foursquare etc) is also another huge wave that will be interesting to follow - will we become fatigued at the endless goals applications/sites start to set for us? Can I monetize my effort, is there a liquid market for "badges"?
Posted by David Jones at 12:30 AM No comments:

Labels: Made to Stick, UX, Zurb

Pop will eat itself


...was the name of a seminal "alternative" Brit music outfit in the '80s.

A mere 3/4 years ago Dave Recordin gave seminal presentation on openid that still stands today. At some point he casually remarks that people want different identities for themselves and in fact he had several OpenIDs.

This seemed perfectly naturally to me coming from a security background - having more fake identities than Sybil (or fellow aussie Tara) is just your starting point.

In OZ various identity systems (the australia card) and various government and banking PKI initiatives have failed because a unique explicit identity is just too creepy.  What's worse is a flat social network where there is no granularity.  In recent years Chi.MP and Google Buzz have allowed "Groups" but Facebook has remained steadfastly flat - what crazy logic is that?

Its fashionable to critique FB based on privacy - but thats not the point. The point is that it can't work. Now everyone's friend are blamange of mates, Nannas,  ex school friends, colleagues and people that owe you one beer. With "lists" Facebook is showing some vague hint of granularity but maybe too little too late.
Leakage of the disenfranchised will become a network effect - Ryze, Friendster the proof.

The Law of 150 probably only survives on your ability to "chunk down" into subsets. Without seeing the mooted FB privacy controls, "pop" will eat itself.
Dave Recordin was right that everyone deserves to select what identities they have and as many as they can keep a track of!

Posted by David Jones at 9:58 PM No comments:

http://feedproxy.google.com/~r/Techcrunch/~3/qBPc8TsfEX4/
See earlier post on multiple personalities
Posted by David Jones at 6:29 AM No comments:

Posted by David Jones at 6:12 AM No comments:

Hypothesis 1: (My ratio of drafts to posts is 4:1.) I'd posit that most un-professional bloggers have similar ratios.
Hypothesis 2: Many drafts are really interesting. Because you've not wrestled your words to publish-ability - its raw and unresolved. The very nature of your drafts means have more questions and loose ends that remain unsolved mysteries.
Hypothesis 3: The rest of your drafts are inane - but no more inane than your tweets.

This is a quick post triggered by Paul Carr's Thnks Fr Th Mmrs: The Rise Of Microblogging, The Death Of Posterity. Based on Leo Laporte's epiphany that he'd traded his publishing "center of gravity" over to the social networks - them being the main beneficiary. Paul's response is to exit the social networks - will he cease to exist? Perhaps his posts will be short but have focus and punch.
Posted by David Jones at 7:36 PM No comments:

This talk (video, audio) - was really interesting for me. When you get to situations where bursts are coming at you tens of thousands of hits per second (perhaps driven by some social meme), the natural response is just to scale out. However, there are other things that make a lot difference - some you can control and some you can't. For example DNS and content acceleration around geographies is something we work at.

In this talk Urs covers things that can be done now and also things Google are trying to improve explicitly (in Chrome, Android, their own DNS servers, upgrading of Google Analytics tags, Jquery CDN etc) under the hood via IETF drafts and recommendations for web developers.

He also reiterates the thing that marketing knows but geeks forget - "speed = revenue". People will be more engaged and spend more if you are looking after them. 27 minutes well spent.

I think we are going to see a bunch of new mobile design patterns emerge as well supporting interactive performance that can be learned from gaming or even the Powerbuilder, Gupta generation of the early '90s. Mobile (not Mobile Web) is heading back to highly engaged client-server.
Posted by David Jones at 8:00 PM No comments:

Some of Australia’s best-known web entrepreneurs have banded together to deliver the first mentor-driven startup fund. Called "StartMate": it delivers a combination of seed funding, access to mentor’s experience, guidance, US networks and a launchpad to further angel funding.

StartMates aims to fill a gap that exists in the Australian startup scene today that may ultimately deliver greater success on a global level. The focus is to help startups through the process of building a business that solves real customer problems, overcoming a common mistake of “working in a vacuum” too long.

StartMate’s initial goal is to select and fund five startups, the program is similar to the US-based “TechStars” and Y-Combinator programs which has mentored and launched exciting companies like IntenseDebate.com, Socialthing! And Omniscio.

The outcome of the program will be that each startup will have launched products and gained initial “traction”. The chance is there to then pitch the business in the US possibly for market entry of follow-on VC funding to grow the business. During the program the startups will leverage mentor pool (at not cost) whose experience and network.

Its possible the number of places in our program will change depending upon the quality of the applications we receive. Applications priority is given to technology-based startups, where code has already been written, and technologist founders. First intake is early-2011 but look here for the Application process.

StartMate is going to be super-valuable for people trying to build startup outside Silicon Valley and specifically I am sure the mentors will have some scars and stories to share based on the Australian experience.

I am pumped about seeing where this fund goes and grows and how it helps build not only the startup community but also capacity for success.

This was announced at Tech23 today be StartMates participants, Scott Farquhar from Atlassian and Ryan Junee from Omniscio (now YouTube). Startmate was brilliantly conceived and driven by Nikki Scevak (Founder of Homethinking). 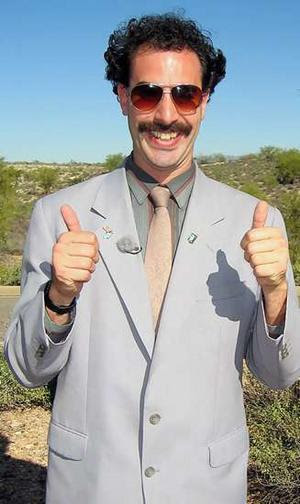 As a real-time fraud detection company, one component of our solution is a dynamic reputation system that supports both automated and "asserted" data to build the reputation. Over the last few years social networks have completely exploded the number of reputational ecosystems and also inspired the ingenuity of people/groups that game those systems.
Alisdair pointed me at a new book thats definitely worth a read. Its at http://buildingreputation.com/doku.php and Building Web Reputation Systems - O'Reilly Media.
This confluence drives a greater need for every site builder to understand the reputational elements that drives value in their site and not to just rely on FaceBook "Likes". New recommendation engines like Blippy say something about the purchase and something about the purchaser - it feels like reputation is just at the beginning - and I still have trouble finding a good plumber.....
Posted by David Jones at 10:49 PM 2 comments:

Just experimenting with various android apps for quick blog posting - specifically I'm looking for a sort of a posterous "hit and run" experience - most of the apps don't seem to publish to draft and thats a bit befuddling because quite often you want to tidy up or format something later.
Blogeroid, AndroBlogger, Blogger-droid all have this deficiency.
Blogaway looked really promising but keeps crashing on "Edit". Further, once you post as a "draft", you can't re-edit or even view the draft!
I'll keep sussing it out. This is triggered from Android's excellent "Share" menu option on most applications but mostly RSS Readers and Browser - most days I share to:
- work or gmail (to tell someone something specific)
- Google Buzz (which ends up in Twitter and Facebook)
- gTasks (which syncs with Google Tasks - for me to followup later)
The Google Buzz is getting the "shares" that I should be belting into this blog post. That must stop.
Posted by David Jones at 2:12 PM No comments: